Home » Business » Exxon Mobil set to square off with climate activists at its shareholder meeting.

A coalition of investors has argued that the oil giant has not invested enough in cleaner energy. 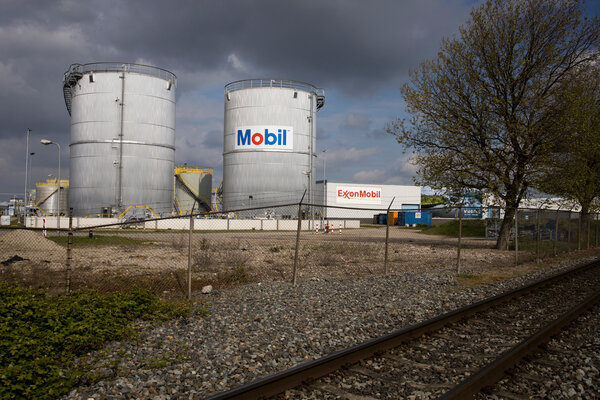 Exxon Mobil will face a big challenge over its climate change policies at an annual shareholder meeting on Wednesday as activists contest the election of one-third of the company’s board.

A coalition of investors concerned about the environment has argued that Exxon has not invested enough in cleaner energy, which will hurt its profits in the future.

These investors argue that the company should follow European oil companies like BP and Total that have begun investing heavily in renewables like wind and solar energy.

The hedge fund leading this campaign, Engine No. 1, is seeking to defeat the election of four of the company’s director candidates and has proposed four of its own. A victory for even one of its nominees would be a sharp rebuke to Darren W. Woods, Exxon’s chairman and chief executive. Some big pension funds, including the New York State Common Retirement Fund and the California Public Employees’ Retirement System, have joined Engine No. 1, which was started last year.

“We listen, and we hear,” Mr. Woods said in an interview in which he tried to take a conciliatory tone. “We don’t always agree, but we always understand there is an opportunity to improve.”

Exxon has argued that its investments in carbon capture and storage, including a proposal to capture the emissions from industrial plants along the Houston Ship Channel, demonstrate that the company is changing in its approach to climate change. This week, it announced that it would add two new directors to the board, including a climate expert, but it has not committed to investing in renewable energy.

Engine No. 1 dismissed the move, saying, “This vote is too important to be influenced by this type of cynical, last-minute maneuvering.”