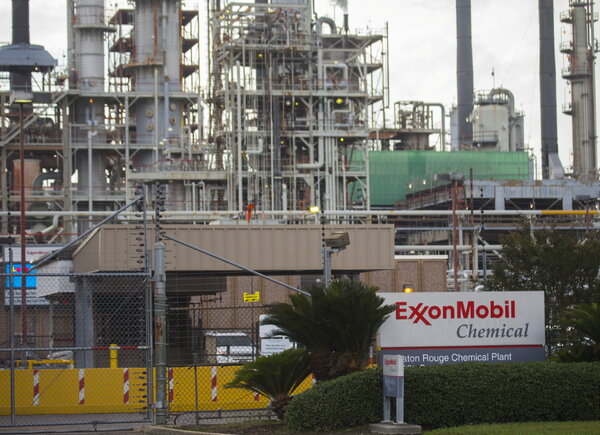 Exxon Mobil and Chevron, the two biggest oil companies in the United States, on Friday reported their first quarterly profits after several quarters of losses, signaling that the energy industry is rebounding from the coronavirus pandemic.

Oil prices have climbed in recent months and are now roughly where they were before the pandemic’s full force was felt. As a result, Exxon reported a $2.7 billion profit in the first three months of the year, compared with a loss of $610 million in the same period a year ago. Chevron said its profit was $1.4 billion, down from $3.6 billion a year earlier. Chevron this week raised its dividend by nearly 4 percent.

The American oil benchmark price, now around $64 a barrel, has tripled since last April. Natural gas prices have also strengthened during the recovery.

Only six months ago, many analysts warned that Exxon would have to cut its dividend, but now the shareholder payout appears safe because of rising production and higher chemical prices. Exxon this month reported yet another in a string of big oil discoveries off the coast of Guyana, one of its most important growth areas.

At Chevron, sales and other revenue in the quarter increased to $31 billion, $1 billion more than the year-ago quarter.

Both companies suffered losses from the severe Texas freeze in February. Exxon reported that lost sales and repairs cost the company nearly $600 million. Chevron said its results were weakened by $300 million in lost oil and refining production and repairs.