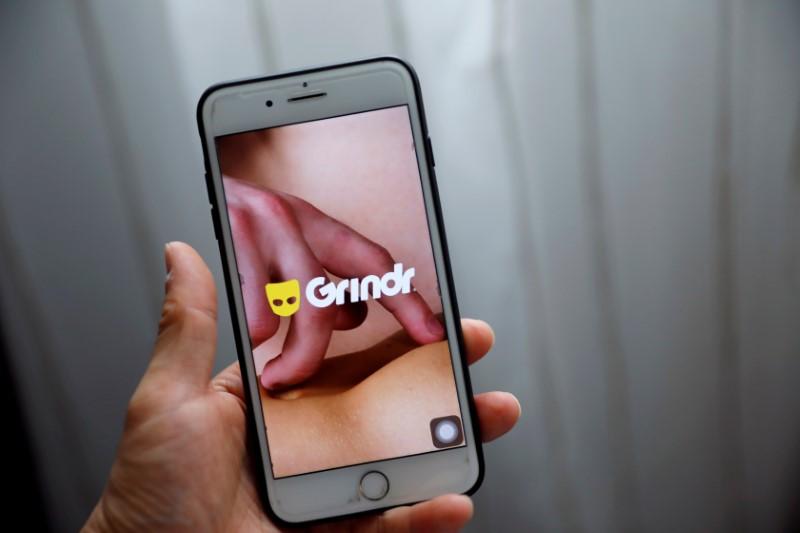 Kunlun said on Friday that the Committee on Foreign Investment in the United States (CFIUS) had cleared the sale of Grindr to San Vicente Acquisition LLC for more than $600 million, but did not give details about the investor group.

A Reuters review of confidential fundraising documents and interviews with two sources familiar with the deal show that a close business associate of Kunlun’s founder tried to raise money for a fund to buy Grindr. Two of the partners in that fund eventually became part of San Vicente.

Kunlun also offered financing support to San Vicente that it didn’t extend to two other groups, according to two other sources familiar with some of the other bidders.

CFIUS declined to comment on the deal, including on whether it was aware of the links between Kunlun and San Vicente, which have not been previously reported.

When presented with Reuters’ findings, a Grindr spokeswoman said: “The buyers for Grindr were selected after an extensive and unbiased bidding process that complied fully with all applicable regulations, as the receipt of all necessary approvals – including CFIUS – demonstrates.”

Reuters could not determine what representations Kunlun had made to CFIUS, and whether the links between Kunlun and the buyer raised red flags with the panel. However, some experts said any situation in which the seller retained influence over the asset it had been ordered to sell could draw scrutiny from CFIUS and trigger penalties under U.S. law.

CFIUS ordered Kunlun to divest Grindr in May 2019, giving the Chinese company until June 30, 2020 for the deal to be completed. The U.S. panel was concerned that personal data of U.S. citizens held by Grindr, such as private messages and HIV status, could be compromised after Kunlun gave access to the app’s database to employees in China, sources previously told Reuters.

Kunlun’s founder Zhou Yahui was hoping that the company would have enough time to pursue an initial public offering of Grindr that would value it at between $800 million and $1 billion, according to a source familiar with his thinking.

One of Zhou’s advisers on the sale of Grindr was Ding’an Fei, according to six people familiar with the sale process.

A former employee of private equity firm Warburg Pincus, Fei had advised Kunlun in its $245 million acquisition of Grindr over two transactions in 2016 and 2018. He also previously served on the dating app’s board, according to the fundraising documents and three of the sources familiar with the matter.

Fei was also a senior executive at Duo Capital, an investment manager that set up a fund to buy Grindr following the CFIUS order to Kunlun, according to the fundraising documents and two of the sources.

Reuters could not determine what happened to Fei’s efforts to raise money to buy Grindr. But Lu and Zage, alongside U.S. basketball team Atlanta Hawks co-owner Michael Gearon, are the main owners of the San Vicente consortium that agreed to acquire Grindr, the six people familiar with the matter said.

Fei is not part of San Vicente, two of the sources said.

A regulatory filing shows San Vicente was incorporated in Delaware on Feb. 19, just weeks before the deal with Kunlun. The company is named after the Los Angeles street where Grindr has its headquarters.

A spokesman for San Vicente referred to Grindr’s statement and declined to comment further.

In the fundraising documents, which are not dated, Duo Capital said Kunlun had offered to provide five-year financing of up to 50% of the deal’s consideration to it at “nominal interest rates.”

When the deal with San Vicente was sealed, Kunlun ended up providing financing by deferring payments on more than 40% of the deal’s consideration for up to three years, filings with the Chinese stock market regulator show. But at least two other bidders for Grindr – private equity firm Catapult Capital LLC and technology firm Bending Spoons SpA – were not offered such deferred payments, according to the two sources familiar with the other bidders.

TIES BETWEEN BUYER AND SELLER

CFIUS, a secretive panel made up of officials from the Treasury, Defense and other U.S. departments and agencies, reviews deals of overseas companies and investors to assess whether they would harm national security, but does not disclose the reasons for its decisions. Lawyers who have represented companies during reviews and former government officials said CFIUS is typically wary of any ties between companies that it orders to divest assets and the acquirers.

In one previous case, for example, President Donald Trump wrote in an order in March upholding a CFIUS ruling that the panel may consider whether an acquirer had a “direct or indirect contractual, financial, familiar, employment or other close and continuous relationship” with the seller, its employees or shareholders.

Nicholas Klein, a lawyer at DLA Piper who advises companies on CFIUS issues and reviewed Reuters’ findings, said he was surprised by the CFIUS decision to allow the sale to San Vicente, given the personal and financial ties between the buyer and the seller.

Klein said the connection between Kunlun and San Vicente might raise concerns that the Chinese company could retain some control over Grindr, something that CFIUS would not want. But he noted that Kunlun may have provided some assurances to CFIUS that have not been disclosed.

Klein added that material misstatements and omissions in filings with CFIUS or failures to comply with the terms of the divestiture could lead to civil penalties under U.S. law.

Reuters could not determine if Kunlun made any adjustments to the deal to satisfy CFIUS.