HAVANA (Reuters) – Communist-run Cuba will soon devalue the peso’s one-to-one exchange rate with the U.S. dollar for the first time since the 1959 revolution, according to three sources who requested anonymity due to the sensitivity of the subject. As part of the reforms, due before the end of this year, authorities will also unify Cuba’s two domestic currencies, according to two Cuban sources and a foreign businessman, all with some knowledge of the plan.

The peso will be kept and the convertible peso, which is fixed on par with the dollar for state business but exchanged with the public at 24 pesos to buy and 25 pesos to sell, will be eliminated, the sources said.

Cuba’s government has said it will respect the peso’s current rate with the public for a time to allow residents to change their convertible pesos for pesos and do so automatically for convertible peso bank accounts.

“The most important measure is going to be changing the official exchange rate used by the state companies,” Omar Everleny, one of Cuba’s best-known economists, told Reuters.

“There are several proposals. It will never be one on one … It is between 10 and up,” he said.

The peso’s value versus the Canadian dollar, euro and other convertible currencies also is expected to be adjusted downward based on international market rates.

The Cuban economy is largely owned and run by the state, and exchange rates are set by the government.

The measures are part of a package of reforms aimed at fighting an economic crisis caused by tough U.S. sanctions under President Donald Trump and exacerbated by the coronavirus pandemic and the bureaucratic inefficiency of the island’s Soviet-style economy.

Shortages of basic goods have worsened this year, with long lines a common sight at many stores around the country. The closure of the tourist sector has left many Cubans without work, although flights from Canada resumed last week.

The government hinted in July it would adopt the monetary reforms and other measures such as loosening centralized planning and restrictions on small businesses, first called for by the Communist Party a decade ago.

According to the three sources, there will be a significant increase in state wages, pensions and prices due to the devaluation of the peso by as much as 95%, or to around 20 pesos to the dollar.

Everleny said the devaluation meant companies would have much higher costs and prices would increase, requiring increased wages and pensions.

Economy and Planning Minister Alejandro Gil said in July that reforms were needed to stimulate exports and reduce imports as the local currency is not exchangeable on the international market to purchase goods and pay debt.

Experts forecast Cuba’s economic activity will drop by nearly 10% this year, after stagnating in 2019. Government officials have admitted the lack of a convertible currency has forced postponement of debt payments and drastic cuts in fuel, food and other vital imports.

Economists have long argued that the one-to-one official exchange rate – as well as the different rate of the convertible peso and various exceptions by sector – have stymied exports and encouraged imports because a dollar earned is accounted for as a peso and vice versa, making it difficult to decipher if a company is profitable.

The government began allowing the dollar to circulate electronically with a bank card a year ago and is opening dollar stores offering everything from used cars and domestic appliances to food and hygiene products. 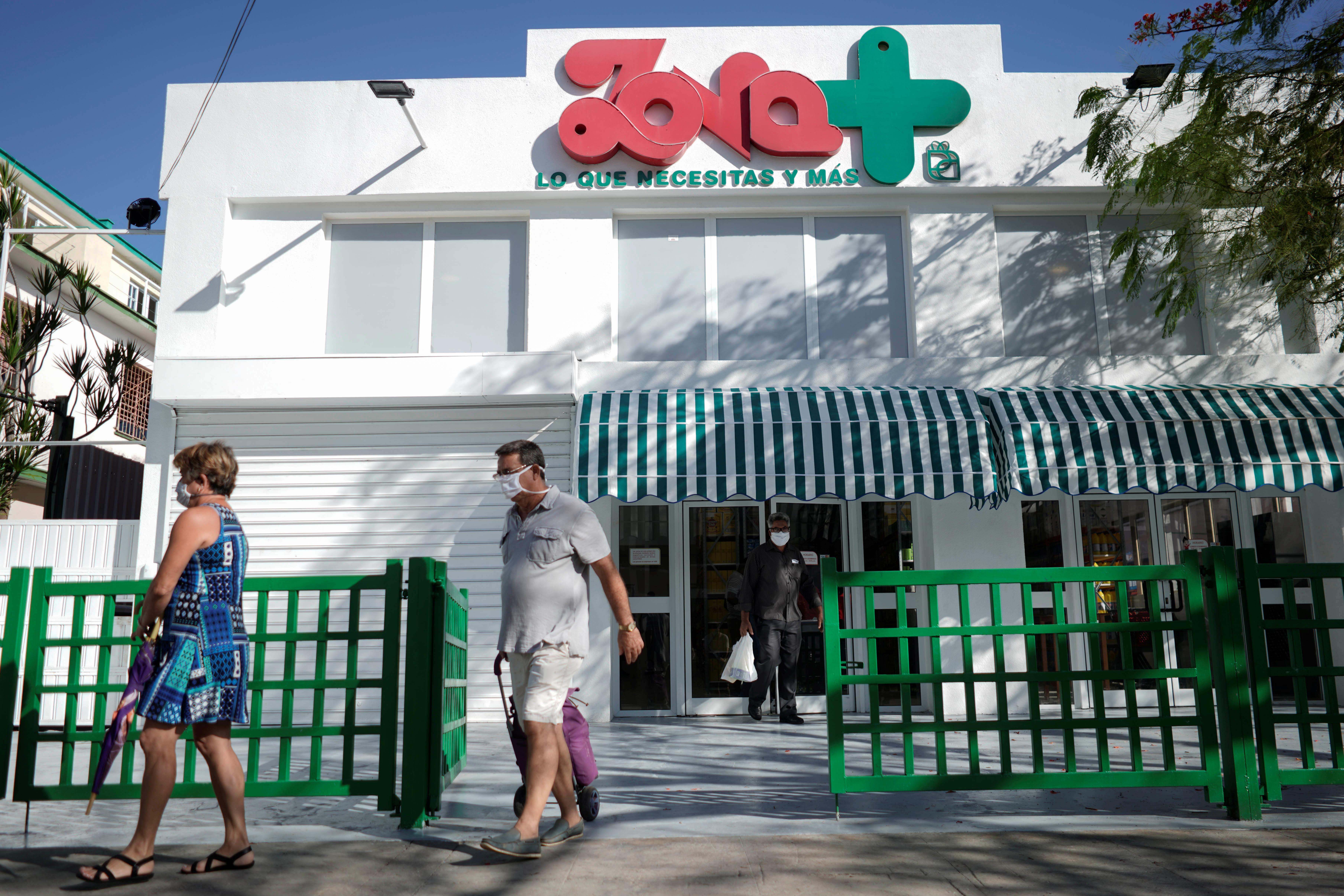 The sources said they expected the dollar stores to increase at least in the short term to provide stability and capture greenbacks to import goods.

Many Cubans receive hard currency from abroad and from servicing the tourism industry.

“The monetary reform is very close. This is the moment,” said Everleny, who supports the measures even though he warned they could be traumatic for some.