(Reuters) – The resilience of a months-long rebound in U.S. stocks is being put to the test as a long-feared resurgence in coronavirus infections weighs on hopes of a sharp economic recovery in the United States. 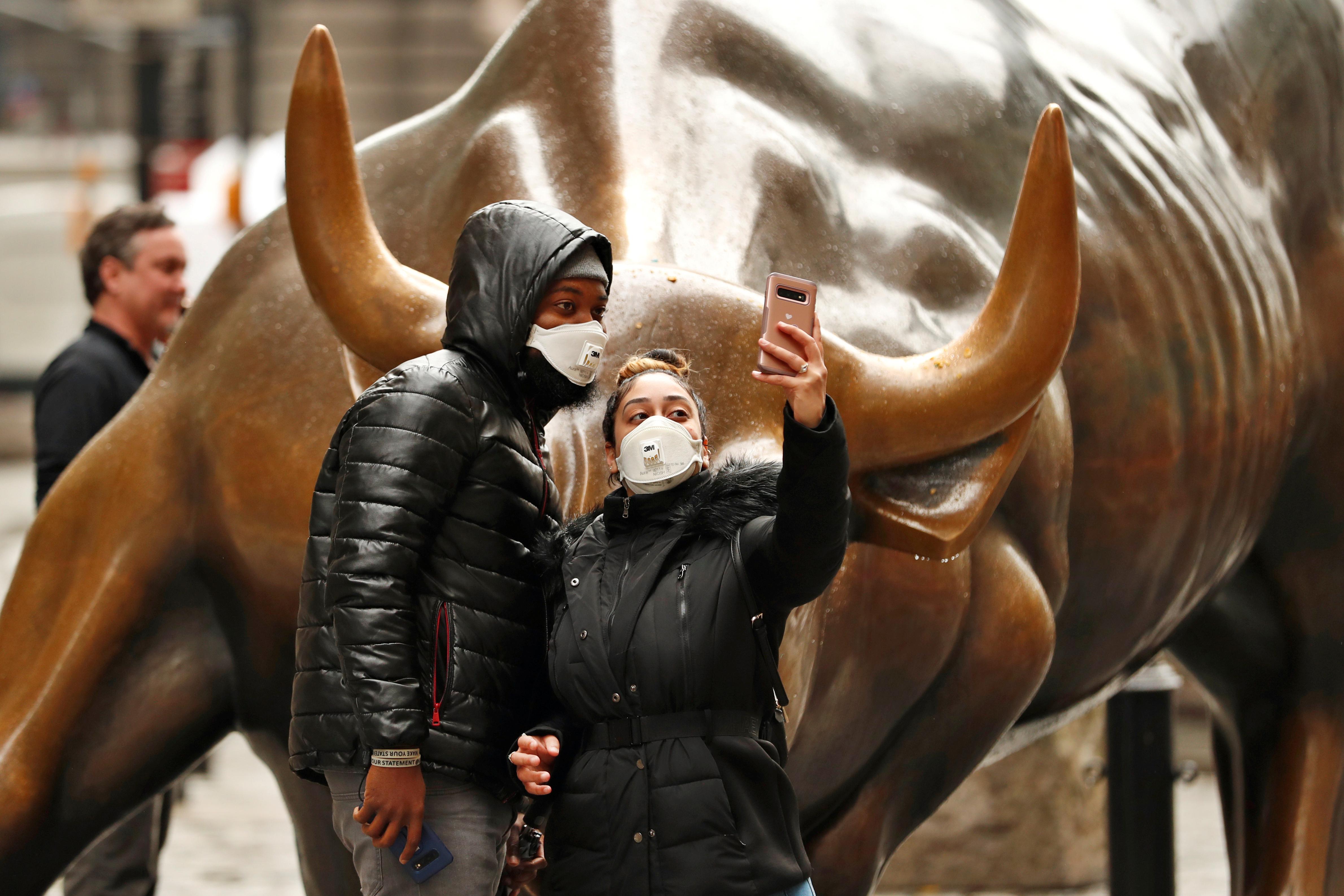 For now, many market participants believe that hard-hit U.S. states are unlikely to reinstate the economically devastating lockdown measures implemented earlier this year. Still, the increase in cases threatens to slow economic activity and undercut the case for a “V-shaped” recovery that has helped extend the massive spring rally in stocks. The S&P 500 is up 36% from its late-March low while the Nasdaq made its most recent record high on Tuesday.

“All this week, we’ve been hearing how it’s going to get worse. The facts seem to be supporting that narrative,” said Brian Battle, director of trading at Performance Trust Capital Partners, referring to the virus.

The S&P 500 fell 2.6% on Wednesday and oil prices tumbled more than 5% after the U.S. recorded the second-largest increase in coronavirus cases since the health crisis began.

The United States on Tuesday recorded the second-largest increase in coronavirus cases since the health crisis began. Arizona, California, Mississippi and Nevada had record rises in coronavirus infections on Tuesday. Texas set an all-time high on Monday.

“Even if it isn’t mandated by the government to stay home, people aren’t going to be comfortable going out. They’re not going to be out and about shopping,” said Thomas Simons, money market economist at Jefferies.

The threat of a slower recovery has put the spotlight on valuation concerns that have arisen as stocks marched higher. A record net 78% of fund managers believe the stock market is at its most overvalued since 1998, according to a June survey by BofA Global Research.

The S&P 500’s forward price/earnings ratio now stands at 24.5, according to Refinitiv, a level that was last seen about 20 years ago during the dot-com boom.

“Markets were pricing in too much perfection for the past couple of weeks,” said Oliver Pursche, president of Bronson Meadows Capital Management. “We were overbought both on a technical and a fundamental level.”

Many investors believe that expectations of continued support from the Federal Reserve and stimulus from U.S. lawmakers will limit the downside in markets. Low-yielding bonds are not an attractive alternative to equities.

Still, investors are weighing those factors against the damage the economy has already incurred, as well as other potential threats to the recent rally in stocks.

One of those could come from concerns over U.S.-China trade tensions. President Donald Trump and top U.S. officials recently said the trade deal remains intact, after White House trade adviser Peter Navarro said Monday the hard-won pact was “over.”

Some investors also believe money managers rebalancing their portfolios to pare equity exposure into the end of the quarter may also weigh on stocks. A portfolio that had stock allocations at 60% and bond allocations at 40% earlier this year may now be weighed more heavily towards equities after the big run-up in markets.

Pension funds may sell as much as $76 billion in equities at the end of the quarter, analysts at Goldman Sachs said in a recent note.