WASHINGTON (Reuters) – The U.S. economy contracted in the first quarter at its sharpest pace since the Great Recession as stringent measures to slow the spread of the novel coronavirus almost shut down the country, ending the longest expansion in the nation’s history. 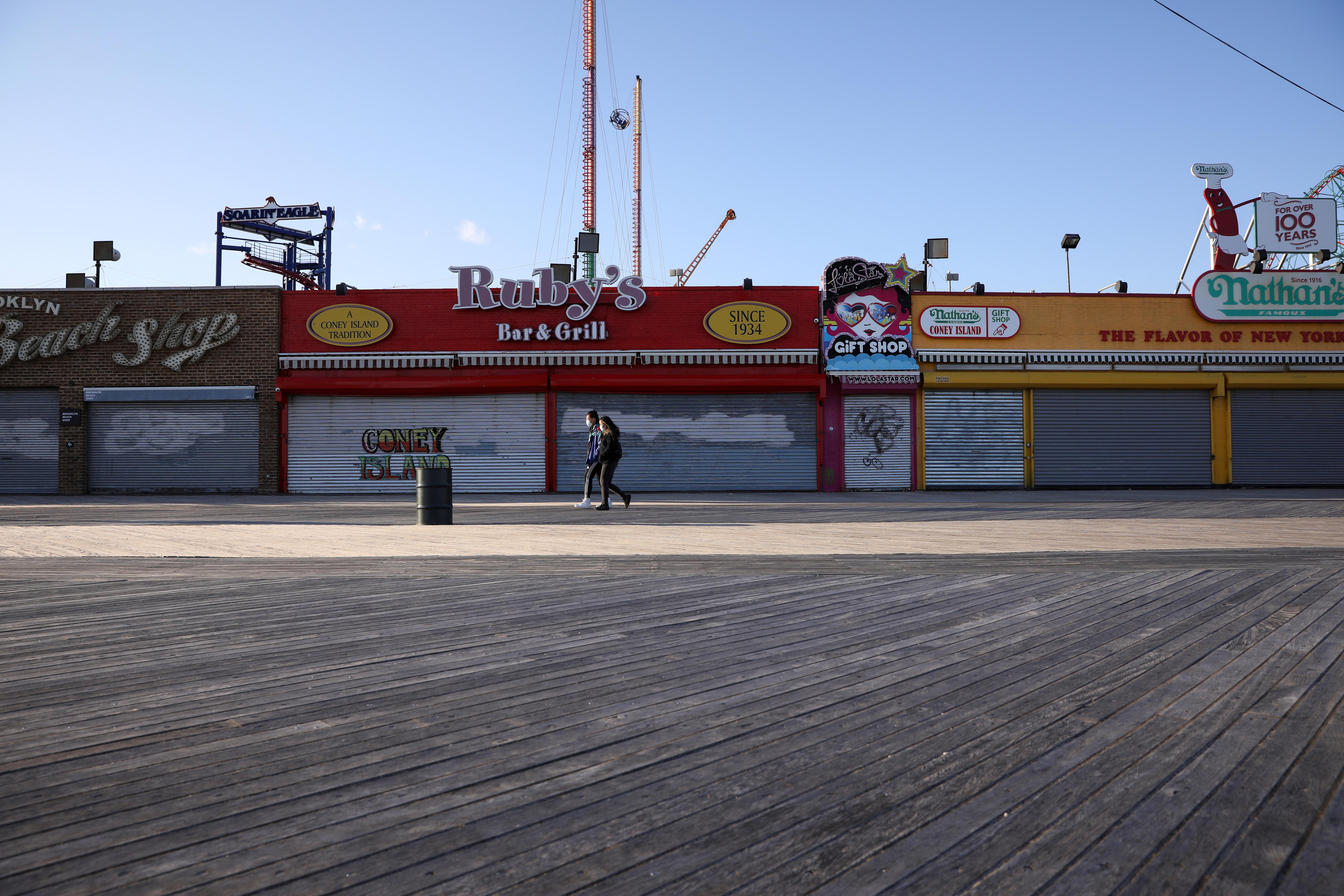 The Commerce Department said gross domestic product fell at a 4.8% annualized rate in the January-to-March period after expanding at a 2.1% rate in the final three months of 2019. Economists in a Reuters poll had been looking for a GDP contraction of 4%, though estimates ranged to as low as negative 15%.

The decline reflected a plunge in economic activity in the last two weeks of March, which saw millions of Americans seeking unemployment benefits. The snapshot will reinforce analysts’ predictions that the economy was already in a deep recession.

Most of the key components of U.S. economic output – including consumer spending, which accounts for two-thirds of economic activity – fell sharply.

“The economy is in free fall, we could be approaching something much worse than a deep recession,” said Sung Won Sohn, a business economics professor at Loyola Marymount University in Los Angeles. “It’s premature to talk about a recovery at this moment, we are going to be seeing a lot of bankruptcies for small and medium sized businesses.”

The first-quarter decline was the steepest pace of contraction in GDP since the first quarter of 2009.

Many factories and nonessential businesses like restaurants and other social venues were shuttered or operated below capacity amid nationwide lockdowns to control the spread of COVID-19, the potentially lethal respiratory illness caused by the virus.

“For employees who have moved to work-from-home status, it is highly unlikely that labor input remains at 100 percent,” said Kwok Ping Tsang, an associate professor of economics in the Virginia Tech College of Science. “Employees also must juggle child care, home schooling, and more stressors. Both limitations suggest that our estimates are likely to be biased downward.”

The dismal report, together with record unemployment, could pile pressure on states and local governments to reopen their economies.

It could also spell more trouble for President Donald Trump following criticism of the White House’s initial slow response to the pandemic, as he seeks re-election in November. Confirmed U.S. COVID-19 infections have topped one million, according to a Johns Hopkins University tally.

The U.S. Congress has approved a fiscal package of around $3 trillion and the Federal Reserve has cut interest rates to near zero and greatly expanded its role as banker of last resort, but economists say these measures are inadequate. Fed policymakers are currently meeting and will release a statement, including their own assessment of the economy, at 2 p.m. (1800 GMT) on Wednesday.