BEIJING (Reuters) – Orders for infrastructure materials and equipment have helped industrial output recover faster in China than most places emerging from COVID-19 lockdowns, but further expansion will be hard to attain without stronger broad-based demand and exports. Railway investment, for example, soared 11.4% in April-June from a year earlier versus a 21% drop in the first quarter.

Industries also gained from pent-up demand for autos and electronics. The property sector, a pillar of growth, also showed signs of rebounding, with real estate investment expanding and sales quickening.

China’s factory-gate prices, still in deflation territory this year, may have turned positive on a monthly basis in June, said Yating Xu, senior economist at IHS Markit, in a sign of recovering demand for manufactured goods.

The optimism also led investment bank ING to forecast no more policy interest rate cuts from the central bank for the rest of the year.

“We started to return to thin profit in May and became a bit better in June,” said an official at a state-owned steel mill in central China, declining to be named due to company policy.

“Our demand mainly come from infrastructure so far this year, especially for steel rebar and medium plates,” he said. Steel rebars are mostly used in construction, and medium steel plates in ships and excavators.

Underpinned by robust infrastructure demand from China, the Baltic dry index, which tracks rates for ships ferrying dry bulk commodities and reflects rates for capesize, surged about 257% in June from a low struck in May due to the freeze in global trade as a result of the lockdowns.

The rosy outlook stands in stark contrast to the dismal industrial landscapes of other economies still fighting COVID-19. Factory output plunged further in May from a year earlier in Japan, South Korea and the United States. Euro zone manufacturing output fell by a record 28% in April.

The industrial recovery is expected to help China’s economy post a positive growth rate in the second quarter after contracting for the first time in decades due to COVID-19.

But analysts warn that factories could struggle to keep up momentum even as early as this quarter as pent-up demand wanes, exports struggle and heavy floods take their toll on industries and businesses in the Yangtze Delta.

The pent-up demand for automobiles has been released by now and the auto market entered a traditional lull in June, said the China Passenger Car Association (CPCA) last week. China’s passenger car retail sales fell 8% in June from a year earlier.

In May auto sales rose for the first time after a two-year slump, fanning expectations of a strong V-shaped recovery in a pillar industry, supporting the broader economy. Auto deliveries to dealers also rose for the second straight month in May.

Exports, a sector that provides about 200 million urban jobs, are forecast to come under pressure in the third quarter, analysts say, as sales of COVID-19-related medical supplies slow and global demand stays soft.

Xia Xiaokang, who runs a faucet factory in the eastern city of Wenzhou, shares the same concerns. 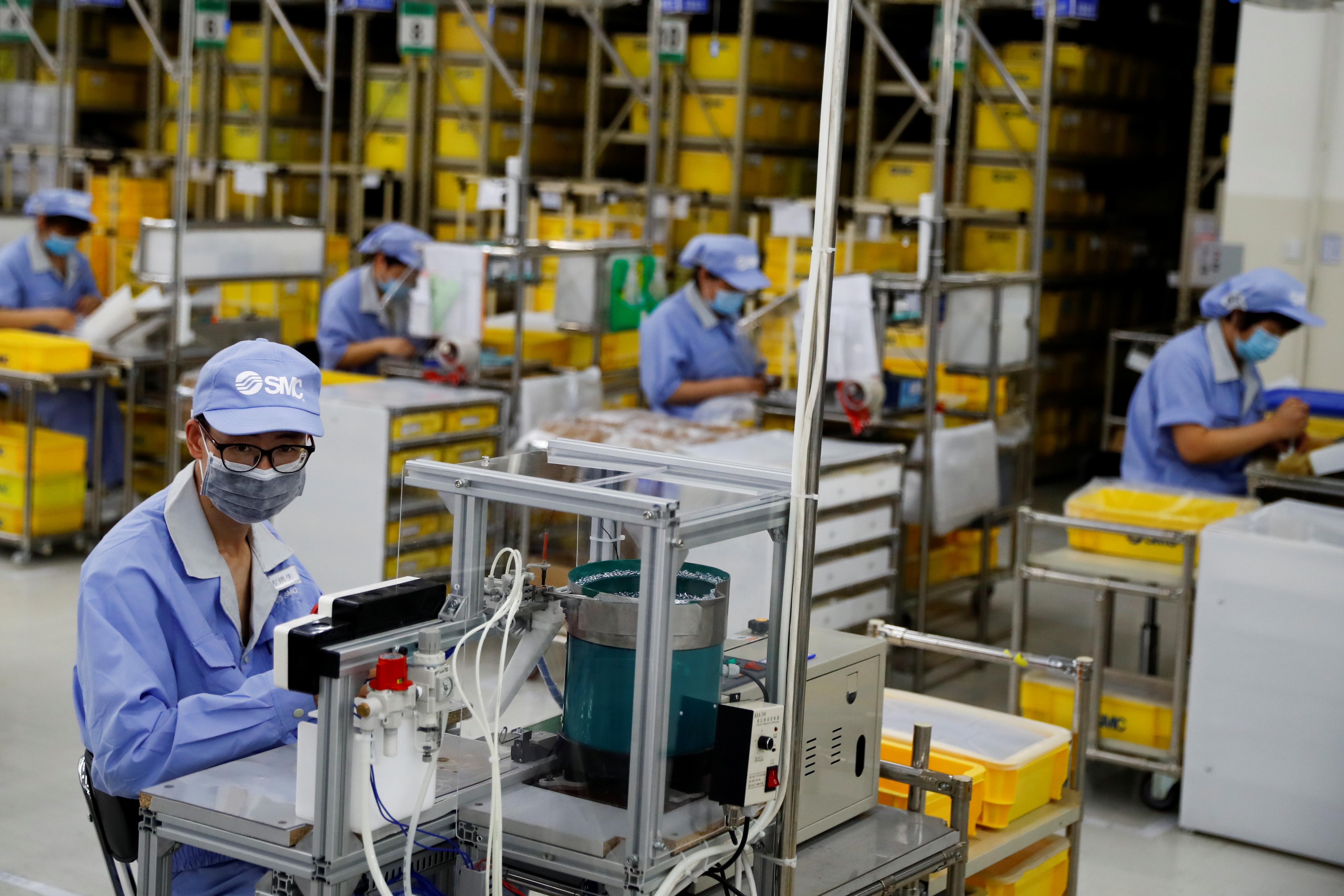 After a 10-day production hiatus in May, his factory reopened after receiving the go-ahead from European customers to send suspended shipments and fulfil delayed orders.

“June was better than May, but I’m concerned about July, August and September when countries reopen but orders are so few,” said Xia, adding that his company failed to get any new customers at the online Canton Fair – China’s biggest.

Xu from IHS said global demand may be unable to recover to pre-COVID levels in the next three years.