SYDNEY/NEW YORK (Reuters) – Asian share markets took a breather on Wednesday as warnings of the worst global recession since the 1930s underlined the economic damage already done even as some countries tried to re-open for business. 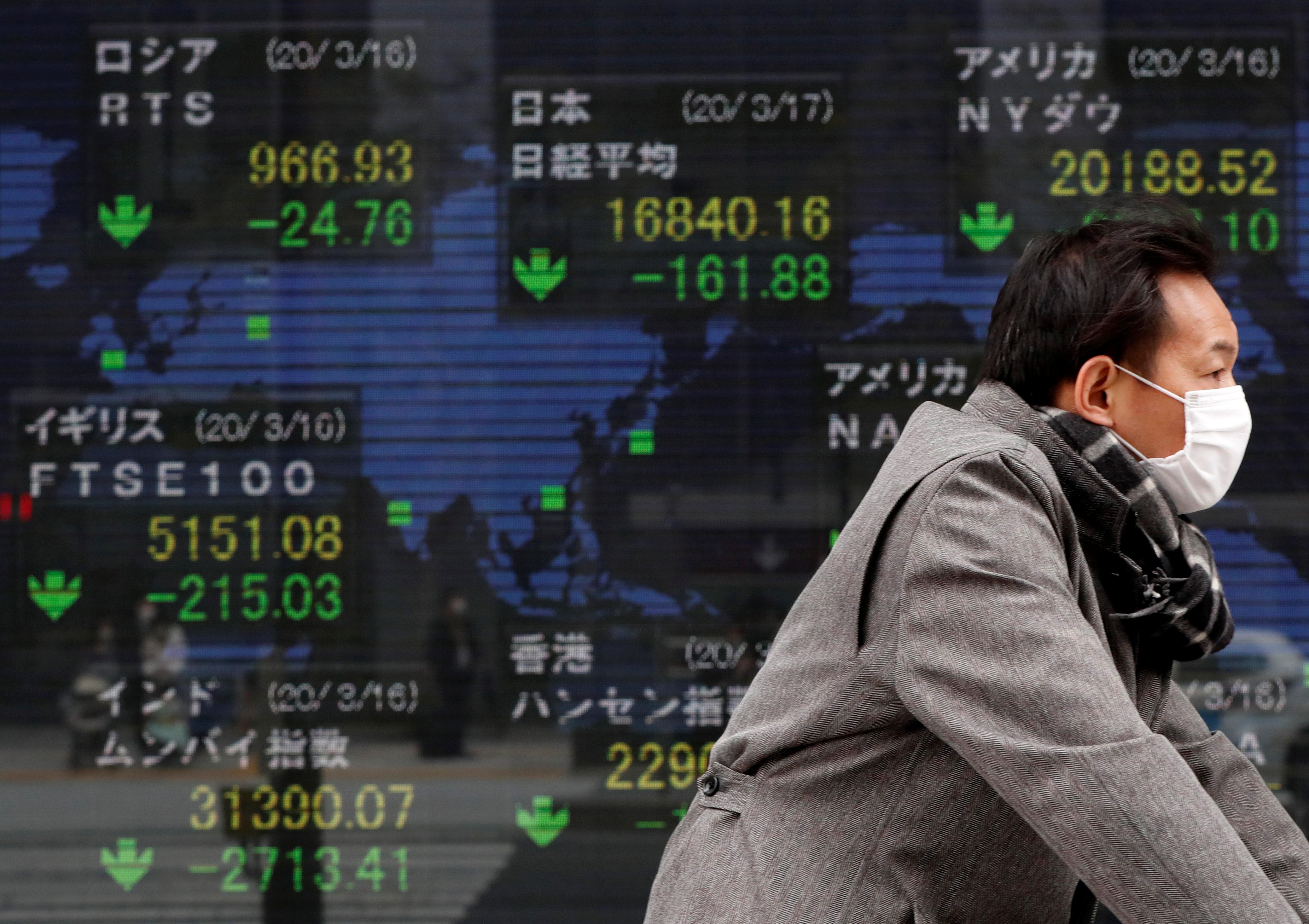 China moved again to cushion its economy, cutting a key medium-term interest rate to record lows and paving the way for a similar reduction in benchmark loan rates.

While not unexpected, it did help MSCI’s broadest index of Asia-Pacific shares outside Japan edge up 0.3% to a fresh one-month top.

“However, appearances can be deceiving as behind the headlines lie the most gnarly storm clouds building, suggesting there is still much to be worried about.”

Even as some U.S. states considered relaxing restrictions, the country’s death toll rose by at least 2,228, a single-day record, according to a Reuters tally.

President Donald Trump responded by saying some states could still open shortly or even immediately. He also temporarily halted funding to the World Health Organization, saying it should have done more to head off the pandemic.

Much economic damage has already been done, with the International Monetary Fund predicting the world this year would suffer its steepest downturn since the Great Depression of the 1930s.

Bruce Kasman, chief economist at JPMorgan, warned such a slowdown would take a heavy toll on corporate earnings.

“We project global profits to experience a roughly 70% peak-to-trough decline in 2020,” he wrote in a note.

“Even with a projected strong subsequent rebound, global profits are expected to stand 20% below their forecasted pre-pandemic level at the end of next year.”

Shares of JPMorgan Chase and Wells Fargo & Co both fell on Tuesday as the banks set aside billions of dollars to cover potential loan losses from the pandemic.

Bond markets are still wagering on tough times ahead, along with unlimited support from central banks and a disinflationary pulse from lower energy prices.

Yields on U.S. 10-year Treasuries have settled around 0.74%, more than 100 basis points below where they started the year.

That drop in yields combined with the vast amounts of cash being created by the Federal Reserve has been a drag on the U.S. dollar in recent sessions.

Currencies leveraged to global growth, including the Australian and New Zealand dollars, have led the way higher though the dollar has also lost ground to its major peers.

The dollar pullback and a tide of cheap money from central banks has burnished gold prices, with the metal hitting its highest since late 2012. It was last at $1,722 an ounce.

In energy markets, oil prices steadied on hopes for purchases by consumer countries for their strategic stockpiles on a scale not before seen.