(Reuters) – The makers of specialized cameras to quickly scan for fevers as people enter crowded workplaces are grappling with soaring demand while confronting supply disruptions, forcing some to prioritize customers such as hospitals, executives told Reuters. 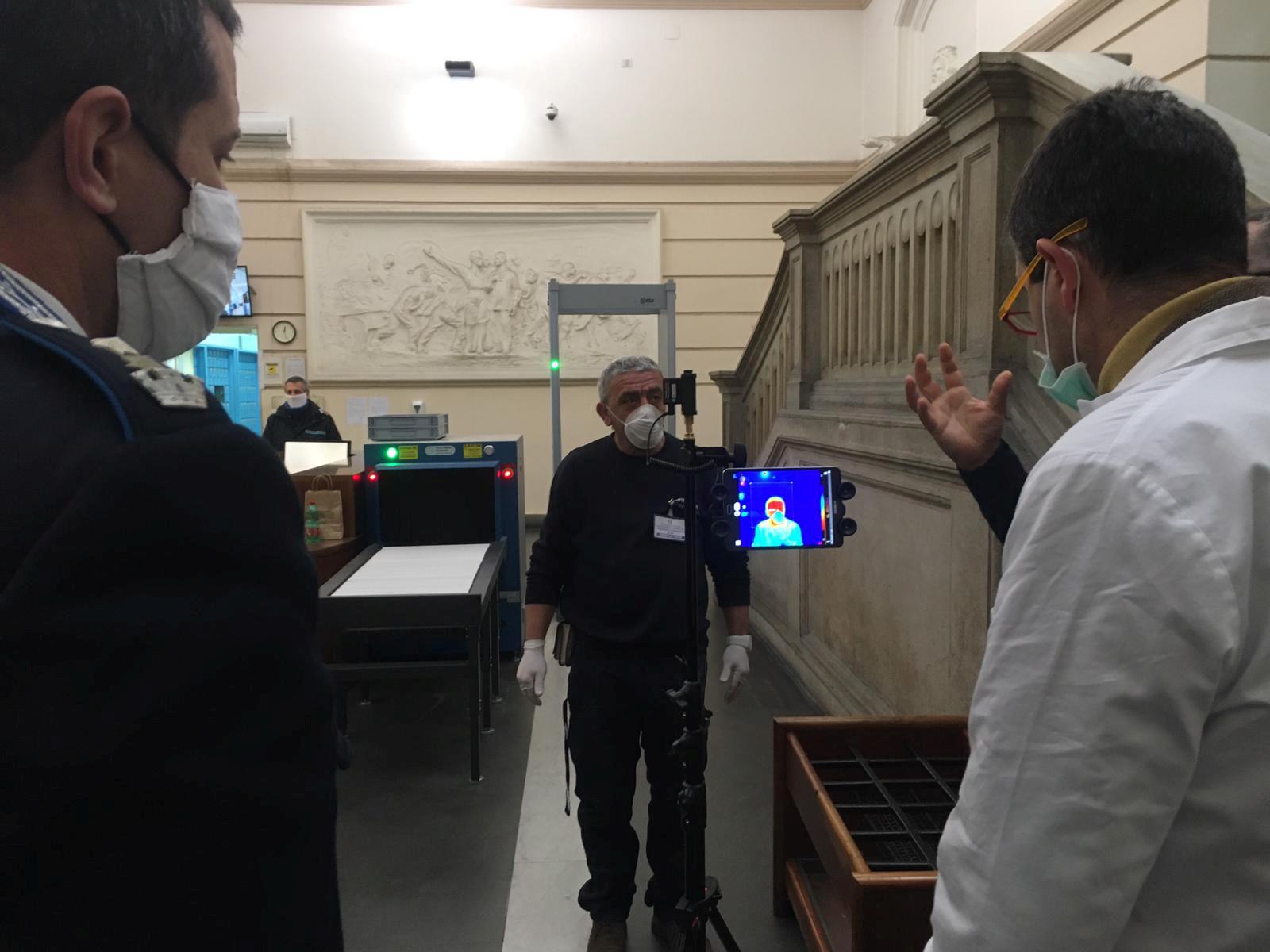 Many businesses around the globe have halted or reduced operations to help combat the spread of the novel coronavirus which causes the sometimes fatal COVID-19 respiratory illness.

Major employers such as Tyson Foods Inc (TSN.N) and Intel Corp (INTC.O) are experimenting with thermal cameras to ensure workers do not enter factories with potential illness, a critical part of maintaining production during the pandemic that could become more widespread as economies reopen. Thermal camera companies such as U.S.-based FLIR Systems Inc (FLIR.O), UK-based Thermoteknix Systems Ltd and Israel’s Opgal Optronic Industries Ltd say the surge in interest has caused a sales spike – with some tripling quarterly revenue or selling as many units in a few weeks as they had in more than five years.

The most common method for checking employee temperatures, used by Amazon.com Inc (AMZN.O), Walmart (WMT.N) and others, uses a handheld thermometer. But that limits how fast workers can enter a building and requires operators to stand inside the 6-foot (1.8 m) boundary recommended for social distancing.

Thermal cameras, which measure the amount of energy an object emits relative to its surroundings, represent a potentially safer non-contact alternative. The cameras scan people as they enter through doorways or hallways and send alerts to pull aside an employee for a check with a thermometer.

Intel Corp told Reuters it is evaluating thermal camera systems from several makers for use at a computer chip plant in Israel, where it is already checking employee temperatures. In the United States, meat supplier Tyson Foods said this week it has installed camera systems at three plants and is working with Thermoteknix and other vendors to expand their use to more factories. On Monday, Tyson shut a hog slaughterhouse in Columbus Junction, Iowa, for the week after more than 24 cases of COVID-19 emerged involving employees at the facility.

BACK TO WORK, BUT SAFELY

Thermal camera technology came into widespread use in airports in Asia after the SARS epidemic in 2003. Fever-detection requirements around the world have renewed interest in the technology, with systems that include the cameras, displays and other needed hardware costing about $5,000 to $10,000.

Richard Salisbury, a medical doctor who founded Thermoteknix more than 30 years ago, said first-quarter sales were three times higher than a normal year.

“Our goal is to get people back to work, but to get them back to work safely and to keep our infrastructure and our food supply running in this unprecedented situation,” Salisbury said in an interview.

FLIR is seeing an “exponential increase in demand,” said Frank Pennisi, president of the firm’s industrial business unit, all while dealing with suppliers that have been disrupted by lockdown orders in Malaysia and elsewhere.

“We’re having to prioritize hospitals and medical facilities and places that are trying to stop the spread of the disease,” Pennisi said.

In Israel, Opgal modified a thermal camera used for industrial maintenance work to check for fevers. Eran Bluestein, director of business development at Opgal, said the company has sold 1,000 of the cameras in the past two months – more units than it had sold of the previous maintenance camera since its introduction in 2013.

But the camera makers caution that their devices are a first screening step rather than a foolproof fever-detection system.

Thermal cameras do not measure absolute temperature but rather the difference in energy emitted between one object and another. The systems require regular re-calibration, for example, to handle a factory shift that begins on a cold morning when workers are filing in from outdoors versus an afternoon shift when the sun has warmed the surroundings. 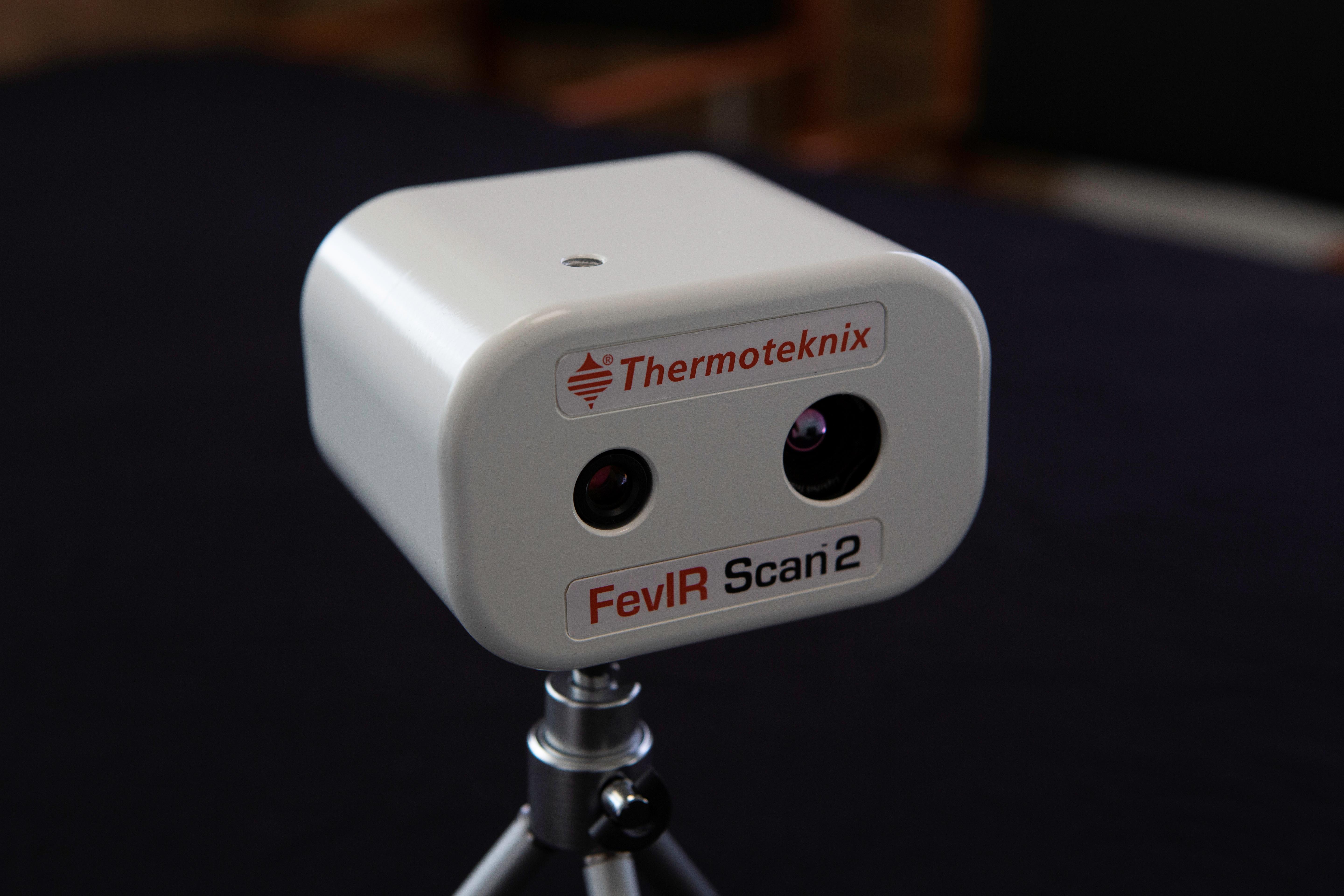 Fever alarms still need verification with a medical-grade thermometer. Moreover, U.S. health officials have said people can spread coronavirus without showing symptoms such as a fever, a condition that can sometimes be reduced with over-the-counter drugs.

As coronavirus has spread around the globe, some thermal camera startups have emerged that claim to scan crowds of people over a wide area for fevers. Officials at FLIR, Thermoteknix and Opgal, each of which have sold thermal systems for decades to military and industrial customers, said such an approach is unlikely to meet international accuracy standards for fever detection.

“You’re still only going to be able to pass a couple of people at once,” Opgal’s Bluestein said. “But that’s enough for most places of business that want this for entrances or hallways.”