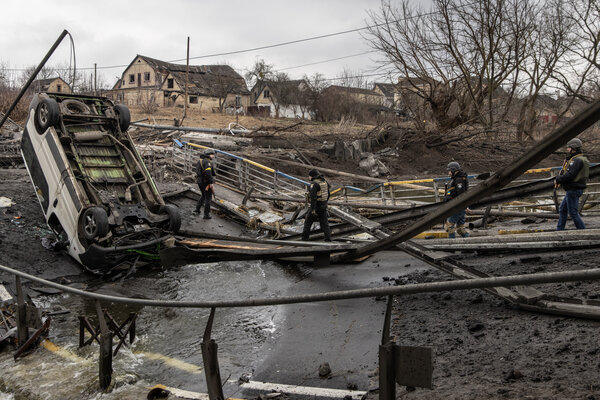 The war in Ukraine is a mismatch.

On one side is the Russian military, among the world’s largest and strongest forces. On the other side is Ukraine, a medium-sized country whose infrastructure is being destroyed during the fighting. Although Ukraine has powerful allies — like the U.S. and Western Europe — those allies have chosen not to send troops, partly because they do not see Ukraine as vital to their national interests and because they fear starting a larger war with nuclear-armed Russia.

The reality of this mismatch explains the developments of the past 48 hours. After some surprising setbacks in the first few days of the invasion, Russia has since used brutal tactics, often targeting civilians, to make progress.

Russian troops have taken control of areas in both the east and south of the country. In the east, Russia is hoping to isolate — and then crush — Ukrainian forces that for years have been battling Russia-backed separatists near the Russian border. In the south, the goal appears to be to control the Black Sea coast, potentially cutting off Ukraine from sea access.