Home » Analysis & Comment » Opinion | Your Gas Stove May Be Killing You. How Much Should You Worry? 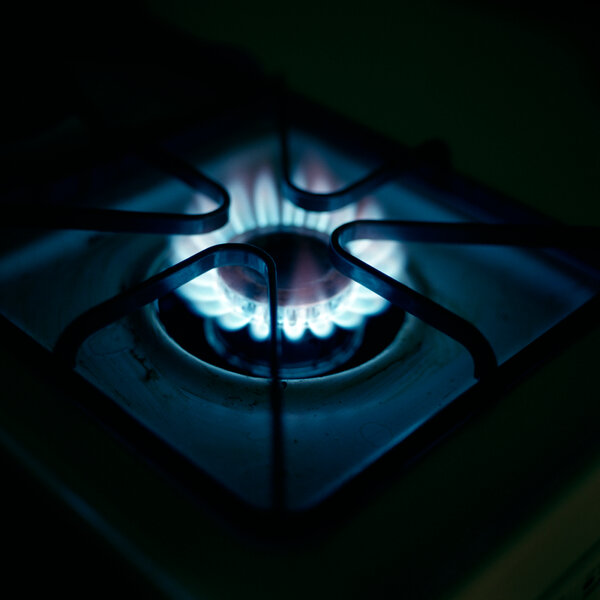 The natural gas-powered appliances in your home may be slowly killing you and everyone you love. That’s the bad news. The worse news is this: It’s not clear exactly what you should do about it — if anything at all.

The dangers are well documented. Gas-fired water heaters — even the more efficient, tankless kind — regularly puff out clouds of methane, a greenhouse gas that, in the short term, traps at least 100 times more atmospheric heat than carbon dioxide (per unit). Every minute that it’s in your house, even when it’s turned off, your gas stove may be flatulating dangerous pollutants and climate-warming gases into your kitchen.

About 13 percent of cases of childhood asthma in the United States may be attributable to gas cooktops, a recent study found — a population-level effect similar to that of exposure to secondhand smoke.

So what’s a homeowner to do? If you spend time around environmentalists or energy experts, you’ll hear a simple answer: Electrify! Most gas appliances can now be replaced with healthier and more efficient alternatives powered by electricity — heat pumps instead of gas-fired furnaces, for instance, or induction stoves instead of gas burners. Electrification is also crucial to the world’s plan for mitigating climate change: We’ll clean up how we generate electricity (wind, solar) while electrifying everything we can (cars, factories, shopping malls, houses), the thinking goes. Add government incentives and stir.

In some sectors, like automobiles, electrification is catching on. At home, though? Despite growing recognition of the dangers of gas-powered appliances, electrifying our abodes is going to be much slower, more expensive and more complicated than electrifying other parts of our lives. There is also a growing political freakout — on Twitter and Fox News, right-wingers are swearing allegiance to gas stoves as if they were AR-15s.

But whatever your politics, I’m not sure gas stoves are a hill to die on. Some electric advances make clear sense — in a lot of places, getting rooftop solar panels is a no-brainer. But an induction stove? An electric water heater? It’s hard to say; experts I talked to said that whether people should adopt these climate-aiding systems depends on a lot of factors. Houses are like people; they’re all ailing in different ways, and some of them may be just too set in their ways to be rehabilitated.

Take cooking. Researchers have been documenting the dangers of natural gas-burning stoves for decades. Once, chefs and foodies justified gas for its superior culinary performance, but then came induction stoves, which use electricity to produce a magnetic current that heats certain types of cookware. Induction cooktops can heat up and cool down more quickly than gas; many home cooks and even professional chefs rave about them.

State and local governments have started to phase out natural gas hookups in new buildings, and the Biden administration’s Inflation Reduction Act provides billions in new incentives for people to electrify their home appliances. A commissioner on the U.S. Consumer Product Safety Commission told Bloomberg recently that the agency will consider banning gas stoves. (The commission and the White House later walked back any talk of a ban.)

Does that mean you should go electric? I don’t know — I can’t even figure out if I should get an induction stove.

In homes that already have electric cooktops, switching to induction may be relatively easy. But in my home, as in millions of others piped for gas cooking, getting an induction range would require extensive electrical work and the capping of my existing gas line. Induction stoves also tend to cost slightly more than comparable gas stoves (but new tax credits could change that). Also, you don’t have to entirely replace your stove to mitigate the health dangers of cooking with gas — upgrading and always turning on your ventilation hood, if you have one, is a very good idea.

It’s no surprise, then, that induction stoves have struggled to take off; according to a survey by Consumer Reports, only about 3 percent of American households have them.

“It can be pretty involved and expensive, and I’m not sure the payoff is there for a lot of people,” said Liam McCabe, a journalist at the energy-advising guide EnergySage who writes often about his own efforts to upgrade his home from gas to electricity. McCabe said the article he wrote for Consumer Reports on his switch from a gas stove to induction could have been headlined: “Do-Gooder Pays Through the Nose to Boil Water a Little Faster.”

McCabe also pointed out that if you want to make a significant dent in your home’s environmental impact, cooking isn’t the place to start. Heating and cooling is. On average, about half of the energy used by American households goes to space heating and air-conditioning; an additional 20 percent goes to heating water. Everything else — lighting, refrigeration, TVs, computers, clothes drying and cooking — accounts for less than 30 percent of the average household’s energy usage.

Instead of getting an induction stove, then, it might make a lot more sense for you to spend your money on a heat pump, an underappreciated and kind of magical electric device that can replace both a gas-powered furnace and an air-conditioner. But there may be an even simpler and cheaper thing to do first: Weather seal your house. Ed May, a partner at the environmental consulting practice bldgtyp, told me that a lot of the ways to improve your home’s environmental impact are just “really not that exciting at all,” including “lots and lots of insulation.”

So, sure, your gas-powered stove may be out to get you. But it’s the furnace that may be a bigger menace. And don’t forget to insulate.

Farhad wants to chat with readers on the phone. If you’re interested in talking to a New York Times columnist about anything that’s on your mind, please fill out this form. Farhad will select a few readers to call.

The Times is committed to publishing a diversity of letters to the editor. We’d like to hear what you think about this or any of our articles. Here are some tips. And here's our email: [email protected].