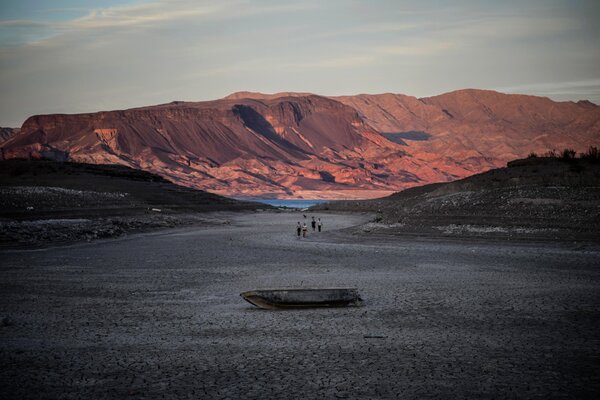 Mr. Rothberg is a reporter for The Nevada Independent, where he covers the environment, water and energy. He is writing a book about water scarcity in Nevada.

It’s past time to get real about the Southwest’s hardest-working river.

About 40 million people rely on the Colorado River as it flows from Wyoming to Mexico. But overuse and climate change have contributed to its reservoirs drying up at such a rapid rate that the probability of disastrous disruptions to the deliveries of water and hydroelectric power across the Southwest have become increasingly likely. Now the seven states that depend on the river must negotiate major cuts in water use by mid-August or have them imposed by the federal government.

Those cuts are merely the beginning as the region struggles to adapt to an increasingly arid West. The rules for operating the river’s shrinking reservoirs expire in 2026, and those seven states must forge a new agreement on water use for farmers, businesses and cities.

What’s worse, all of this is happening in a region that is one of the fastest growing in the United States, even as the signs of an impending crisis become more pronounced. Outside of Las Vegas, Lake Mead, the nation’s largest reservoir by volume, fed by the Colorado and three smaller tributaries, is nearly three-quarters empty and at its lowest level since April 1937, when it was first being filled. The 22-year downward trend is “a stark illustration of climate change and a long-term drought that may be the worst in the U.S. West in 12 centuries,” according to NASA’s Earth Observatory program.

A century of agreements, contracts and contingencies known as the Law of the River are meant to settle who gets water in times of scarcity. But this framework overestimates the availability of water; the legal rights to water held by the river’s users exceed the amount that typically flows into it. The law is also untested in key areas — for instance, the exact terms by which states along the upper reaches of the river must send water downriver for the states there to get their full allocation. All of this has created a great deal of uncertainty, and it’s hard to say how the federal government will go about reducing water allotments, if it comes to that.

As a result, the Colorado River is hurtling toward a social, political and environmental crisis at a pace that surpasses the Law of the River’s ability to prevent it. In a world of less water, everyone who uses the river must adjust.

Inevitably, every water user, from large irrigation districts to sprawling cities, has an argument for why it should not be cut. Arizona and California, which draw most of the water from Lake Mead, along with Nevada, make up the Lower Colorado River Basin. Their interpretation of the rules differs from how the Upper Basin states of Colorado, New Mexico, Utah and Wyoming see it. Together, those Upper Basin states use less water than their allotments allow but are eyeing more. The onus of any cuts, they argue, should fall on the downstream states. But federal officials have made clear they expect all states and users to compensate for the shortage.

Significant cuts in water allocations will require sharp reductions in water use through conservation and other efficiencies and a significant investment in infrastructure. This will look far different from the canals and dams of the 20th century. This new approach will involve strategies to reduce water use, by converting lawns to desert landscape, for instance, improving water delivery systems and reconsidering which crops to grow in an arid environment. So-called augmentation projects, such as desalination plants and indoor recycling projects, are being studied. But they are years away.

Agriculture uses about 70 to 80 percent of the water. As the Southern Nevada Water Authority’s John Entsminger recently said, “you can evacuate Denver, Salt Lake City, Albuquerque, Las Vegas, Phoenix and Los Angeles and still not have counted up enough water” to meet the needed reductions. But asking farmers to idle fields, apply more efficient irrigation practices or switch crops often comes with cascading consequences that are not just economic. They are social and political, costs absorbed by whole communities. For the Imperial Irrigation District in Southern California, the river’s largest user, for instance, using less water means less runoff flowing to the hyper-salty Salton Sea, where exposed shorelines are a source of windblown toxic dust.

It is easy to point a finger at agriculture’s outsize cumulative use, but growing food requires a lot of water. Entire communities have formed around the promise of water. Future plans must include comprehensive investments to ease consequences of asking irrigators to use less.

Reliant on the Colorado River with ambitions to grow, cities in the basin must share in the pain. It is inequitable to expect the agricultural sector to take painful cuts even as some states envision unrealistic futures in which additional water can be diverted for growing populations. Cities must adapt, and there are proven models for doing this.