Home » Analysis & Comment » Opinion | ‘Lean Into It. Lean Into the Culture War.’ 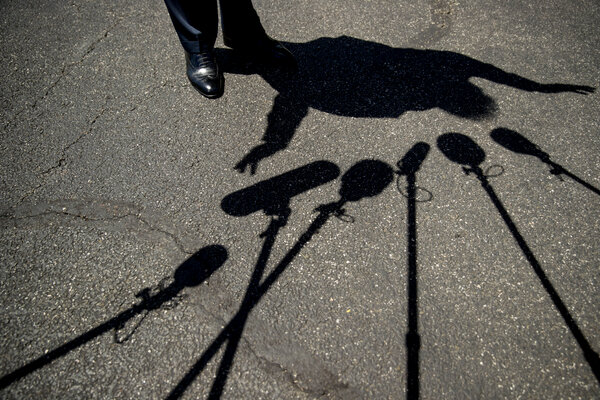 By Thomas B. Edsall

Should responsibility for the rampant levels of polarization that characterize American politics today be laid at the feet of liberals or conservatives? I posed that question to my friend Bill Galston, a senior fellow at Brookings and a columnist at The Wall Street Journal.

He emailed me his reply:

It is fair to say that the proponents of cultural change have been mostly on offense since Brown v. the Board of Education, while the defenders of the status quo have been on defense.

Once the conflict enters the political arena, though, other factors come into play, Galston argues:

Intensity makes a huge difference, and on many of the cultural issues, including guns and immigration, the right is more intense than the left.

When being “right” on a cultural controversy becomes a threshold issue for an intense minority, it can drive the party much farther to the left or right than its median voter.

Along with intensity, another driving force in escalating polarization, in Galston’s view, is elite behavior:

Newt Gingrich believed that the brand of politics Bob Michel practiced had contributed to House Republicans’ 40-year sojourn in the political desert. Gingrich decided to change this, starting with Republicans’ vocabulary and tactics. This proved effective, but at the cost of rising incivility and declining cooperation between the political parties. Once the use of terms such as “corruption,” “disgrace” and “traitor” becomes routine in Congress, the intense personal antipathy these words express is bound to trickle down to rank-and-file party identifiers.

The race and gender issues that have come to play such a central role in American politics are rooted in the enormous changes in society from the 1950s to the 1970s, Galston wrote:

The United States in the early 1950s resembled the country as it had been for decades. By the early 1970s, everything had changed, stunning Americans who had grown up in what seemed to them to be a stable, traditional society and setting the stage for a conservative reaction. Half a century after the Scopes trial, evangelical Protestantism re-entered the public square and soon became an important build-block of the coalition that brought Ronald Reagan to power.

One of the biggest changes in the country in the wake of the civil rights and immigration reforms of the 1950s, 60s, and 70s has been in the demographic makeup of the nation. 70 years ago, the country was 89.5 percent white, according to the census. By 2019, the white share of the population fell to 60.1 percent. In 2019, Pew Research reported:

Nonwhites are about twice as likely as whites to say having a majority nonwhite population will be good for the country: 51 percent of all nonwhite adults — including 53 percent of blacks and 55 percent of Hispanics — say this, compared with 26 percent of whites.

In many ways, this transformation posed a challenge to customary social expectations. “How would the progressive cultural program deal with traditionalist dissent?” Galston asked:

One option was to defuse a portion of the dissent by carving out exceptions to religious and conscience-based objections. The other was to use law to bring the objectors to heel. Regrettably, the latter course prevailed, generating conflicts over abortion with the Little Sisters of the Poor, with a baker over a cake for a same-sex wedding, among others, and with Catholic social service providers over same-sex adoptions.

Recently two columnists who are hardly sympathetic to Trump or Trumpism — far from it — raised questions about whether the right or the left deserves blame or responsibility for the kind of conflicts that now roil elections. Kevin Drum, in “If you hate the culture wars, blame liberals,” and Damon Linker, in “The myth of asymmetric polarization,” make the case that the left has been the aggressor in the culture wars.

“It is not conservatives who have turned American politics into a culture war battle. It is liberals. And this shouldn’t come as a surprise,” Drum wrote. “Almost by definition, liberals are the ones pushing for change while conservatives are merely responding to whatever liberals do.” Linker took this a step farther, arguing that progressives do not want to acknowledge that “on certain issues wrapped up with the culture war, Democrats have moved further and faster to the left than Republicans have moved to the right,” because to do so would “would require that they cede some of the moral high ground in their battles with conservatives, since it would undermine the preferred progressive narrative according to which the right is motivated entirely by bad faith and pure malice.”

Drum and Linker were quickly followed by other commentators, including Peggy Noonan, a conservative columnist for The Wall Street Journal, who wrote a piece that was summed up nicely by its headline: “The Culture War Is a Leftist Offensive.”

I asked Jacob Hacker, a political scientist at Yale, for his assessment of the Drum-Linker arguments, and he wrote back:

It strains credulity to argue that Democrats have been pushing culture-war issues more than Republicans. It’s mostly Republican elites who have accentuated these issues to attract more and more working-class white voters even as they pursue a plutocratic economic agenda that’s unpopular among those voters. Certainly, Biden has not focused much on cultural issues since entering office — his key agenda items are all bread-and-butter economic policies. Meanwhile, we have Republicans making critical race theory and transgender sports into big political issues (neither of which, so far as I can tell, hardly mattered to voters at all before they were elevated by right-wing media and the G.O.P.).

Hacker provided me with a graphic of ideological trends from 1969 to 2020 in House and Senate voting by party that clearly shows much more movement to the right among Republicans than movement to the left among Democrats.

There is substantial evidence in support of Hacker’s argument that Republican politicians and strategists have led the charge in raising hot-button issues. On June 24, for example, Representative Jim Banks of Indiana, chairman of the Republican Study Committee — a group of conservative members of the House — sent out a memo telling colleagues:

We are in a culture war. On one side, Republicans are working to renew American patriotism and rebuild our country. On the other, Democrats have embraced and given a platform to a radical element who want to tear America down.

The letter ends: “My encouragement to you is lean into it. Lean into the culture war.”

At the state legislative level, The Associated Press — in an April story, “In G.O.P. strongholds, a big push on ‘culture war’ legislation” — cited a surge in legislation restricting transgender surgery and banning the teaching of “critical race theory.”