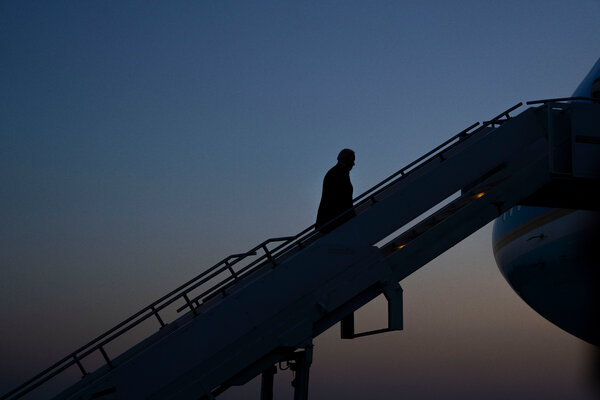 By Gail Collins and Bret Stephens

Ms. Collins and Mr. Stephens are opinion columnists. They converse every week.

The president needs to hear some tough love. Your thoughts …

Gail Collins: Gee Bret, wouldn’t you rather begin with the Jan. 6 hearings? Or the NBA finals? Or even the weather …

Bret: I can’t believe how many Golden State Warriors fans there are at The Times. They know who they are. So do the Jan. 6 conspirators, and we’ll get to them in a minute.

Gail: Inflation is obviously a terrible problem, but I’m not sure Biden can do all that much himself. Cutting back on his spending plans certainly won’t do any good when Congress won’t approve them to begin with.

Is this the point where I’m supposed to say “It’s all up to the Fed”? Really do like tossing all our problems at them …

Bret: My first piece of advice to Biden is to replace Treasury Secretary Janet Yellen with Larry Summers, who had the job under Bill Clinton.

Summers was warning about inflationary risks early last year while Yellen, by her own admission, was downplaying them. He’s the only Democratic heavyweight who would bring instant credibility to the challenge — in the Oval Office, with the markets, and with centrist Democrats and Republicans alike. Progressives hate him. Central bankers listen to him. And it would make it seem like Biden is finally taking charge of events and ownership of the problem, rather than acting like a hostage to fortune.

Gail: Well, Yellen has admitted she was wrong about the inflation peril, so if Biden wants to make a doing-something show, I guess there’s no reason not to throw her to the wolves, Washington being Washington.

But if we’re going to whip inflation, I like Biden’s larger idea: cut the deficit by raising taxes on the rich.

Bret: If you want to soak the speculators, whip inflation and help middle-class savers, then raising interest rates seems to me like a much better way of doing it than raising taxes. It would probably cause a sharp but short recession, but I also think it would restore a lot of domestic confidence in the Federal Reserve and foreign confidence in the United States.