Home » Analysis & Comment » Opinion | In Compromise, the Climate Left May Be Vindicated 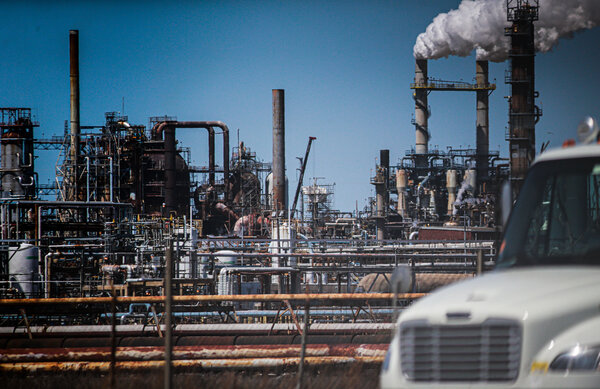 The deal, if it holds, is very big, several times as large as anything on climate the United States passed into law before. The architects and supporters of the $369 billion in climate and clean-energy provisions in Joe Manchin’s Inflation Reduction Act of 2022, announced Wednesday, are already calculating that it could reduce American carbon emissions by 40 percent, compared with 2005 levels, by 2030. That’s close enough to President Biden’s pledge of 50 percent that exhausted advocates seem prepared to count it as a victory, if a somewhat mixed one that still falls short of the demands of scientists and the Paris Agreement. But hundreds of billions in spending and hundreds of billions more in loans do add up.

This is quite a reversal. As recently as a week ago, post-mortems were being written about not just the failure of climate legislation under Biden but also the failure of the president’s entire once-ambitious domestic-policy agenda.

The finger-pointing autopsies fell into two predictably defined groups. One, from the climate left, faulted Manchin and the influence of the fossil-fuel business. The other, from the liberal establishment, faulted the climate left for its hard-line rhetoric and political naïveté.

This bill is a compromise, obviously and outwardly. It is also a historic achievement for the climate left and a tribute to both its moral fervor and its political realism. Climate is a top-shelf political concern because it has been pushed there by those who care most; it is now on the verge of being addressed, at scale, because that push appears to have worked.

This compliment is not contingent: Although the story will be much more heroic if this bill or something like it passes into law, the achievement is already heroic, by bringing such legislation, in this country, even this close.

In less than five years, a new generation of activists and aligned technocrats has taken climate action from the don’t-go-there zone of American politics and helped place it at the very center of the Democratic agenda, persuading an old-guard centrist septuagenarian, Biden, to make a New Deal-scale green investment the focus of his presidential campaign platform and his top policy priority once in office. This, despite a generation of conventional wisdom that the issue was electorally fraught and legislatively doomed. Now they find themselves pushing a recognizable iteration of that agenda — retooled and whittled down, yes, but still unthinkably large by the standards of previous administrations — plausibly forward into law.

It has been less than four years since the most outspoken of the new activist groups, the Sunrise Movement, even announced itself, protesting with Representative-elect Alexandria Ocasio-Cortez in the office of Nancy Pelosi, who later seemed to diminish the protesters’ ambitions as “the Green Dream or whatever.”

If you believe that climate change is a boutique issue prioritized only by out-of-touch liberal elites, as one poll found, then this bill, should it pass, represents a political achievement of astonishing magnitude: the triumph of a moral crusade against long odds. If you don’t — if you believe there is quite a lot of public support for climate action, as other polls suggest — then this bill marks the success of outsider activists in holding establishment forces to account, both to their own rhetoric and to the demands of their voters.

The choose-your-own-adventure aspect can be frustrating; if you’re trying to piece together a coherent model of exactly where the country is on green-energy policy, good luck. But whatever your read of public sentiment, what is most striking about the news this week is not just that there is now some climate action on the table but also how fast the landscape for climate policy has changed, shifting all of our standards for success and failure along with it. The bill may well prove inadequate, even if it passes. It also represents a generational achievement — achieved, from the point of view of activists, in a lot less time than a full generation.

The present-day climate left was effectively born, in the United States, with the November 2018 Sunrise Movement sit-in. At the time, hardly anyone on the planet had heard of Greta Thunberg, who had just begun striking outside Swedish Parliament — a lonely, socially awkward 15-year-old holding up a single sign. Not four years later, her existential rhetoric is routinely echoed by presidents and prime ministers and C.E.O.s and secretaries general, and more than 80 percent of the world’s economic activity and emissions are now, theoretically, governed by net-zero pledges pointing the way to a carbon-neutral future in just decades. These are mostly paper pledges, at the moment, but the job of protesters is to force those in power first to write those checks, then apply enough pressure to see them cashed.

In the United States, only a few years ago, hardly anyone had heard the phrase “Green New Deal.” Four years later, egged on by activists, Jay Inslee pledged a $9 trillion climate plan in the Democratic primaries; Bernie Sanders one-upped him, suggesting $16 trillion. And while Biden’s spending pledge was smaller, at just $2 trillion, his emissions promise was broadly consistent with expectations coming out of the Paris Agreement: to cut American emissions in half by the end of the decade and bring the country roughly in line with the promises of its wealthy peers.

To trust the math of its architects, this deal between Manchin and the Senate majority leader, Chuck Schumer, splits the difference — the United States won’t be leading the pack on decarbonization, but it probably won’t be seen by the rest of the world as a laughingstock or climate criminal, either.

None of this is exclusively the work of the climate left, of course. Technological progress has driven the cost of renewable energy down so quickly, it should now seem irresistible to anyone making long-term policy plans or public investments. There has been rapid policy innovation among centrists and policy wonks, too, dramatically expanding the climate tool kit beyond carbon taxes and cap-and-trade systems to what has been called a whole-of-government approach to decarbonizing.