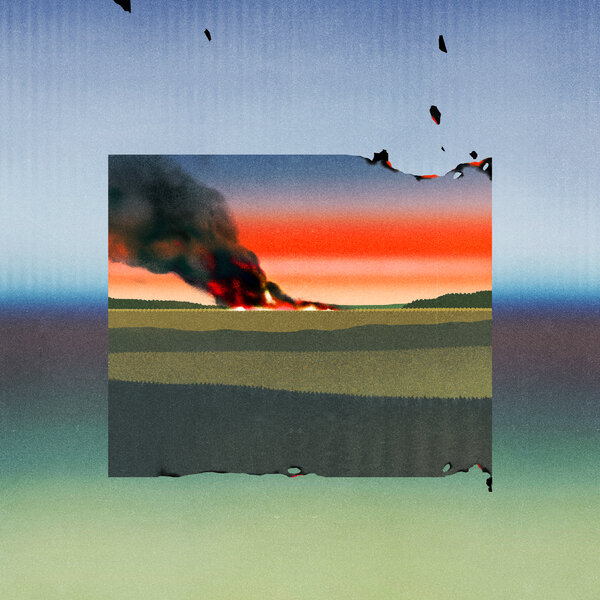 It is striking how often fire ecologists and climate scientists, when asked about conditions across the American West, describe half the nation as a “tinderbox.” The West is currently experiencing its worst drought in 1,200 years, which means that the last time the region received as little water as it has in recent years, the continent as a whole probably had a population of just a few million; today the West alone is home to almost 80 million. California’s spring was the most arid in its recorded history, which stretches back 125 years, when the state was home to one million, not 40 million. These are conditions that fire loves, and much of the flammable West is still months from its seasonal peak.

In the Southwest, though, the peak comes sooner, and the most spectacular fire of 2022 in the United States so far was sparked there not by lightning or campfire or arson but by those laboring to prevent fire disaster. In January in New Mexico, the U.S. Forest Service began “a pile burn of hazardous logs,” according to a self-lacerating report issued on June 21 — a “controlled” fire that smoldered underground for months, through snowstorms and freezing temperatures, then emerged on April 19, when conditions were ripe for spread.

In the Arctic, these are called “zombie fires.” On April 23, the Calf Canyon zombie fire merged with another fire, called Hermits Peak, which had also been started by the Forest Service as a “prescribed burn” but had been quickly hijacked by wind and was declared a wildfire just four hours after ignition. The merged fire has now burned through more than 341,000 acres, larger than the city of Los Angeles. Its footprint stretches 45 miles north to south and 20 miles east to west, making it now the largest in state history.

Fires can be salutary — for the local ecology and for preventing future fires — so long as they don’t threaten homes and communities. But the Calf Canyon and Hermits Peak complex hasn’t been a “good fire”; at least 300 homes and more than 900 total structures have been destroyed, and thousands of residents have been displaced or evacuated, including the students and staff of United World College and inmates from a local county jail.

In its 80-page autopsy, the Forest Service offered a blunt self-assessment: We were blindsided by warming. “Climate change is leading to conditions on the ground we have never encountered,” Chief Randy Moore wrote in the introduction. A zombie fire like Calf Canyon “was nearly unheard-of until recently in the century-plus of experience the Forest Service has in working on these landscapes. Fires are outpacing our models.”

That doesn’t mean that climate change has made all prescribed burns unsafe, only that much more care needs to be taken in starting them, and that even then, risk cannot be eliminated entirely. “We keep thinking we can fix it and it will go away,” the fire historian Stephen Pyne said. “There is no fix,” he said — no way to live in the American West now without fire. “This is a long-term relationship,” he went on, requiring a whole bundle of approaches to “get fire back on the land,” as he put it. “It’s maintenance. This is like getting annual flu shots. I mean, the flu viruses are not going away. We’re always going to have them. In the case of fire, we need them. It’s not just that it’s a threat. We have to live with the threat.”

It has become a commonplace to say about the challenge of climate change that we have the tools we need. In broad strokes, that is true, at least for the most immediate tasks, like decarbonizing the energy sector. But the tools aren’t perfect. They’re not magic. In part because decades of delay have ushered us into a world already upended by climate change, there are not always ideal or non-difficult choices left.

Since 2018, when a monstrous-seeming California fire season seemed to initiate a new era for fire in the West, there has been an upswell of enthusiasm for better forest management, tree-thinning and prescribed burns. Fire scientists and climate scientists — even former President Donald Trump and Gov. Gavin Newsom of California — got onboard. And they’re right: Decades of aggressive fire suppression have left the West burdened with billions of dead trees now called “fuel.” One estimate suggests that in California, 20 million acres, one-fifth of the state, might need to be burned or thinned.

“The reality is, there is no ‘no fire’ option,” said Daniel Swain, a climate scientist at the University of California, Los Angeles. “There is no future in which we somehow manage to suppress all these fires that also does not have any prescribed fires.” That’s how he presents the landscape: not a choice between fire or no fire. “The choice is what kind of fire,” he said.

Even the billion-dollar agency Cal Fire can struggle to stop a blaze powered by onrushing Santa Ana and Diablo winds — it took thousands of firefighters three months to fully contain the August Complex fire in 2020, for instance. And prescribed burns are not a perfectly riskless proposition either. There is a failure rate, though Moore, the Forest Service chief, estimates it falls well below 1 percent.

Pyne puts the escape rate a bit higher: around 1 or 2 percent, he said, depending on the context; true wildfires, which evade the first response, escape, he said, about 3 percent of the time. Which is to say: An overwhelming majority of prescribed burns go basically as planned and do the job they are intended to do. But the risks associated with them are not altogether in another universe from the risks arising from fires started by accidental ignitions, most of which are also well managed. The same conditions that make explosive megafires more likely given lightning strikes and downed power lines also unfortunately apply to those fires intentionally set to clear brush and dead fuel.

“The long and short of it is that prescribed fire is a really powerful tool and it’s one that’s been historically underutilized and maligned, even, actively, in certain circles,” Swain said. “For the most part,” he added, it remains “a really safe and effective tool.”

In the Forest Service report, Moore sounded the same note: “Wildfires are threatening more communities than they ever have,” he wrote. “Prescribed fire must remain a tool in our toolbox to combat them. Unfortunately, the effects of climate change are narrowing the windows where this tool can be used safely.”

For Swain, the growth and intensification of the fire season may mean, overall, fewer opportunities for prescribed burns, but may also open up some additional windows for them at times of year that were previously too wet. We think of fire season as a monolith, or a few pages on the calendar, Swain said, and even those arguing that it is year-round now are simplifying a lot of seasonal variability. Really, he said, fire season is “a spectrum.” Safety is, too. “I think we are going to need to really think in a nuanced way about this. It’s not a question of, is prescribed burning safe or not, full stop. It’s a question of what is the cost-benefit analysis.”