It’s not too late to start protecting jobs or to make medical care for Covid-19 free.

By Emmanuel Saez and Gabriel Zucman

The authors are economists at the University of California, Berkeley. 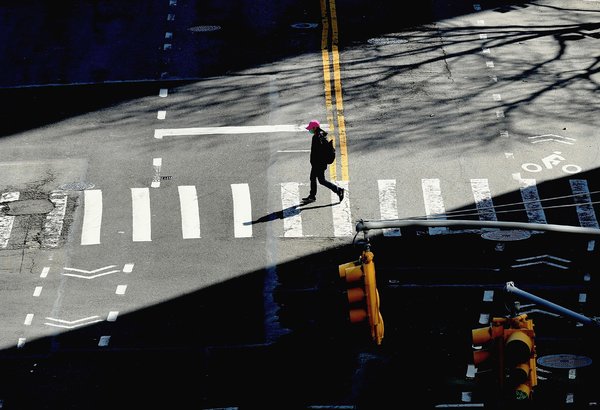 The coronavirus pandemic is laying bare structural deficiencies in America’s social programs. The relief package passed by Congress last week provides emergency fixes for some of these issues, but it also leaves critical problems untouched. To avoid a Great Depression, Congress must quickly design a more forceful response to the crisis.

Start with the labor market. In just one week, from March 15 to March 21, 3.3 million workers filed for unemployment insurance. According to some projections, the unemployment rate might rise as high as 30 percent in the second quarter of 2020.

This dramatic spike in jobless claims is an American peculiarity. In almost no other country are jobs being destroyed so fast. Why? Because throughout the world, governments are protecting employment. Workers keep their jobs, even in industries that are shut down. The government covers most of their wage through direct payments to employers. Wages are, in effect, socialized for the duration of the crisis.

Instead of safeguarding employment, America is relying on beefed-up unemployment benefits to shield laid-off workers from economic hardship. To give just one example, in both the United States and Britain, the government is asking restaurant workers to stay home. But in Britain, workers are receiving 80 percent of their pay (up to £2,500 a month, or $3,125) and are guaranteed to get their job back once the shutdown is over. In America, the workers are laid off; they must then file for unemployment insurance and wait for the economy to start up again before they can apply for a new job, and if all goes well, sign a new contract and resume working.

Even if unemployment is generously compensated — as it is in the $2.2 trillion bill Congress passed — there is nothing efficient in letting the unemployment rate rise to double digits. Losing one’s job is anxiety inducing. Applying for unemployment benefits is burdensome. The unemployment system risks being swamped soon by tens of millions of claims. Although some businesses may rehire their workers once the shutdown is over, others will have disappeared. When social distancing ends, millions of employer-employee relationships will have been destroyed, slowing down the recovery. In Europe, people will be able to return to work, as if they had been on a long, government-paid leave.

The battle for the speediest recovery starts today. The next congressional bill needs measures to protect employment for the duration of the shutdown. This does not raise insuperable technical difficulties. The bill passed last week provides support for wages in one industry, airlines. Congress could easily extend this program to other sectors. Some countries — like Germany, with its Kurzarbeit system, a policy aimed at job retention in times of crisis — already had the government infrastructure in place to send workers home while the state replaced most of their lost earnings. But several nations with no experience in that area — like Britain, Ireland and Denmark — were able to introduce brand-new employment guarantee programs on the fly during the epidemic.

This situation for laid-off workers would be bad enough if it were not aggravated by a second American peculiarity. As they are losing their jobs, many workers are also losing their employer-provided health insurance — and now find themselves faced with the Kafkaesque task of obtaining coverage on their own.

One option involves continuing to be covered by one’s former employer, a program known as COBRA. It is prohibitively expensive: Participants have to bear the full cost of insurance, $20,500 per year on average. Another option is to go shopping for a plan on the Affordable Care Act insurance exchange, where one is faced with a bewildering choice between plans like Blue Shield’s Bronze 60 PPO (with a deductible of up to $12,600 per year) and Aetna’s Silver Copay HNOnly (with a $7,000 deductible and up to $14,000 in annual out-of-pocket expenses). The last option is to join the ranks of the uninsured, a catastrophic solution during a pandemic. There are reports that people have already died of Covid-19 because they refused to go to the hospital, worried about bills, or because they were denied treatment for lack of insurance.

The bill passed last week does nothing to reduce co-pays, deductibles or premiums on the insurance exchanges; nor does it reduce the price of COBRA. The next bill should introduce a Covidcare for All program. This federal program would guarantee access to Covid-19 care at no cost to all U.S. residents — no matter their employment status, age or immigration status. Fighting the pandemic starts with eradicating the spread of the virus, which means that everybody must be covered.

Covidcare for All would also cover the cost of Covid-19 treatments for people who are insured. Insurance companies would be barred in return from hiking premiums, which might otherwise spike as much as 40 percent next year.

The United States also needs to ramp up its support to businesses. Since containing the epidemic requires government-mandated economic shutdowns, it is legitimate to expect the government, in return, to shelter businesses from the economic disruptions. To keep businesses alive through this crisis, the government should act as a payer of last resort. In other words, the government should pay not only wages of idled workers, but also essential business maintenance costs, like rents, utilities, interest on debt, health insurance premiums, and other costs that are vital for the survival of businesses in locked down sectors. This allows businesses to hibernate without bleeding cash and risking bankruptcy. Denmark was the first nation to announce such a program; it is being emulated by a growing number of countries, including Italy.

In the United States, calls to support businesses have been met with excessive skepticism so far. To be sure, the congressional relief package includes $350 billion in help for small businesses, but the program is complex, limited in scope and only a fraction of eligible businesses are likely to use it.

A liquidationist ideology seems to have infected minds on both the left and the right. On the right, opposition to government grants to businesses is grounded in the view that markets should be left to sort out the consequences of the pandemic. Let airlines go bankrupt; shareholders and bondholders will lose but the airlines will restructure and re-emerge. The best way government can help is by slashing taxes, according to this view. The relief package includes more than $200 billion in tax cuts for business profits.

This view is misguided. There is nothing efficient in the destruction of businesses that were viable before the virus outbreak. The crisis cannot be blamed on poorly managed corporations. Government support, in the case of a pandemic, does not create perverse incentives. Bankruptcies redistribute income, but in a chaotic and opaque way. And while bankruptcy might be a way to deal with the economic fallout of the pandemic for large corporations, it is not well adapted to small businesses. Without strong enough government support, many small businesses will have to liquidate. The death of a business has long-term costs: The links between entrepreneurs, workers and customers are destroyed and often need to be rebuilt from scratch.

On the left, a popular view contends that the government should help people, not corporations. It holds that big corporations acted badly before the crisis — buying back their shares, paying C.E.O.s exorbitant salaries — and should not be bailed out. If they are, in this view, they should be subject to strict conditions, like swearing off share buybacks, reducing C.E.O. pay, and a $15 minimum wage for their employees.

The concerns underlying this view are understandable. Inequality has surged since the beginning of the 1980s. This crisis, however, is unlike the financial crisis of 2008-9. The firms seeking aid today bear no direct responsibility for the disaster that threatens their survival. If the government mandates a shutdown for public health reasons, why should it attach any conditions to temporary financial support for directly affected industries?

No doubt some companies will exploit loopholes in government relief plans. Some businesses, more broadly, will disproportionately benefit from the pandemic. While tens of thousands of brick-and-mortar stores are closed, Amazon sales rise. The Seattle-based company is one of the few S&P 500 firms whose stock price is higher today than at the beginning of the year. Cloud computing is exploding. Facebook traffic is booming.

But these windfall profits have a fair, comprehensive and transparent solution: The government should impose excess profits taxes, as it has done several times in the past during periods of crisis. In 1918, all profits made by corporations above and beyond an 8 percent rate of return on their capital were deemed abnormal, and abnormal profits were taxed at progressive rates of up to 80 percent. Similar taxes on excessive profits were applied during World War II and the Korean War. These taxes all had one goal — making sure that no one could benefit outrageously from a situation in which the masses suffered.

To help make this happen, the next bill needs an excess profits tax. If Congress fails to act, the pandemic could well reinforce two of the defining trends of the pre-coronavirus American economy: the rise of business concentration and the upsurge of inequality.

Some will say that the solutions we’ve outlined show excessive faith in government. They will correctly point out that some of these policies are undesirable in normal times. But these are not normal times. The big battles — be they wars or pandemics — are fought and won collectively. In this period of national crisis, hatred of the government is the surest path to self-destruction.

Emmanuel Saez and Gabriel Zucman (@gabriel_zucman) are economists at the University of California, Berkeley, and the authors of “The Triumph of Injustice: How the Rich Dodge Taxes and How to Make Them Pay.”